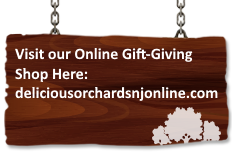 To make ahead: Store in an airtight container between sheets of parchment paper for up to 5 days.

Preheat oven to 350 degrees. In a medium bowl, whisk flour, cream of tartar, baking soda, ginger, 1/2 tsp. cinnamon, allspice, nutmeg and salt. In another mixing bowl, using an electric mixer, beat on high speed until creamy, butter and 1 1/4 cups sugar. Add eggs and beat until combined. With the mixer on low speed, beat in the flour mixture until just combined. Combine the remaining 1/4 cup sugar and 1 tsp. cinnamon in a shallow dish. Roll the dough into 1 inch balls (about 1 tsp. each, using damp hands if necessary). Roll each ball in the cinnamon-sugar. Place cookies 2 inches apart on an ungreased baking sheet. Bake until light brown on the edges, about 9 to 11 minutes. Transfer to a wire rack to cool completely. Yields 4 dozen cookies.